The storms that hit the Welsh coastline in January 2014 caused thousands of pounds of damage to coastal defences and buildings but did have a silver lining as they uncovered 4-miles of ancient woodland stretching between Tywyn and Aberdyfi that had previously been submerged beneath the sand and shingle.  Whilst it is not uncommon for storms to reveal parts of Tywyn’s Petrified Forest it has been many years since such a large area has been revealed.

If you take a stroll along the beach at low tide you will come across logs and tree stumps preserved by the acid anaerobic conditions provided by the peat in which they lie.  The peat-bed is believed to be at least 1m deep with its surface scarred by many neatly cut rectangular pits – the remains of peat cutting for fuel.  These cuttings are so well preserved that spade marks are still visible in some faces.  Whilst the historical evidence is sketchy, it is believed that Tywyn’s peat was exploited in the 18th century and this probably continued into the mid-19th century when the arrival of the railways brought cheap coal (Tywyn was joined to the Cambrian Coast railway in 1863).  Whilst peat cutting in moorland areas usually terraces the land with long advancing faces, Tywyn’s peat-bed has been cut into neat architectural features with each pit being separated by its neighbour by a peat ‘wall’ to avoid water-logging.  Some of the pits are even provided with drainage channels. 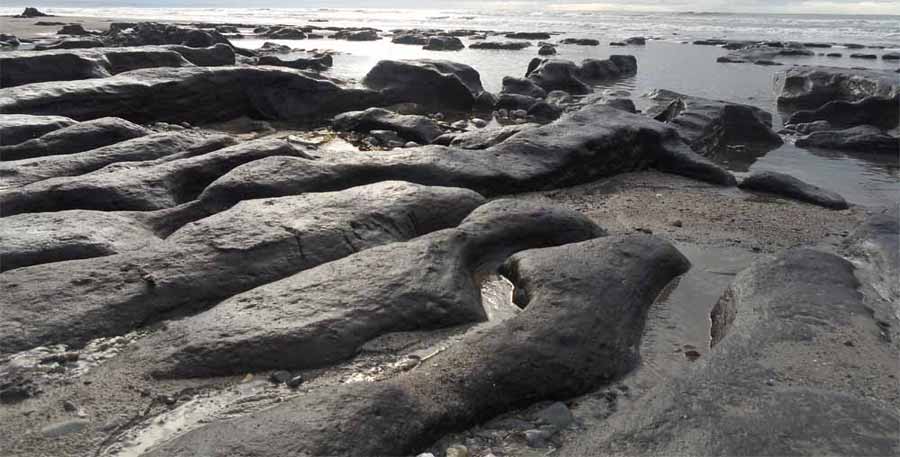 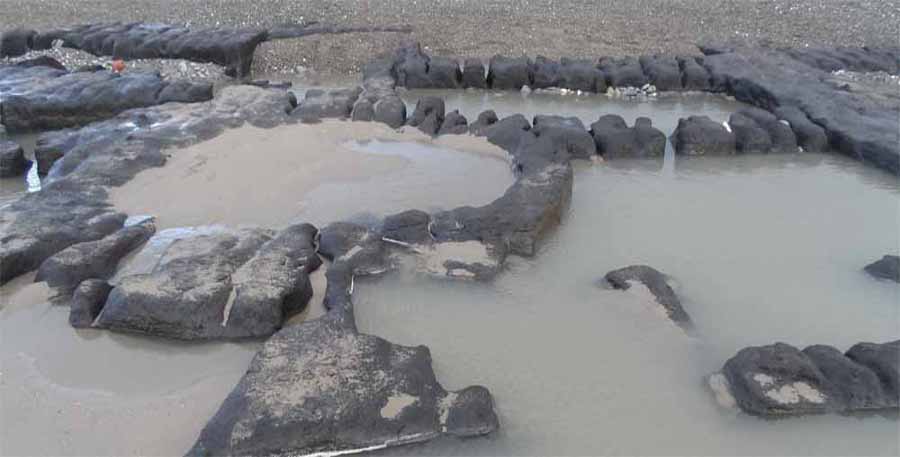 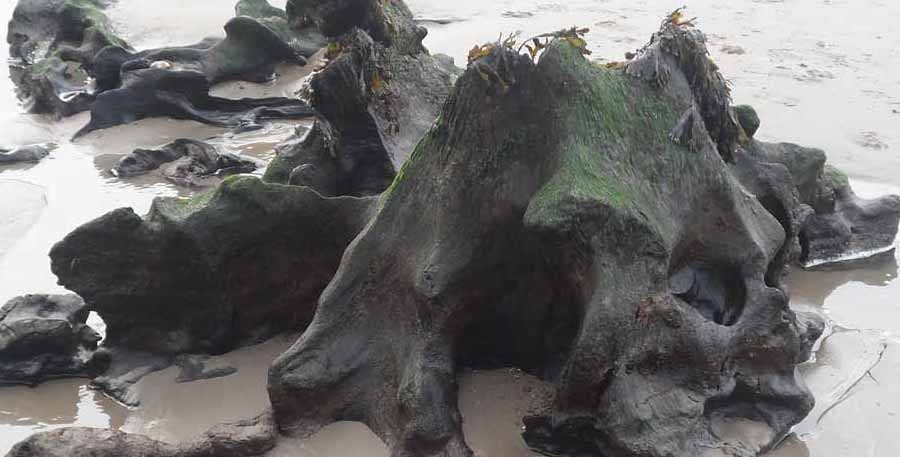 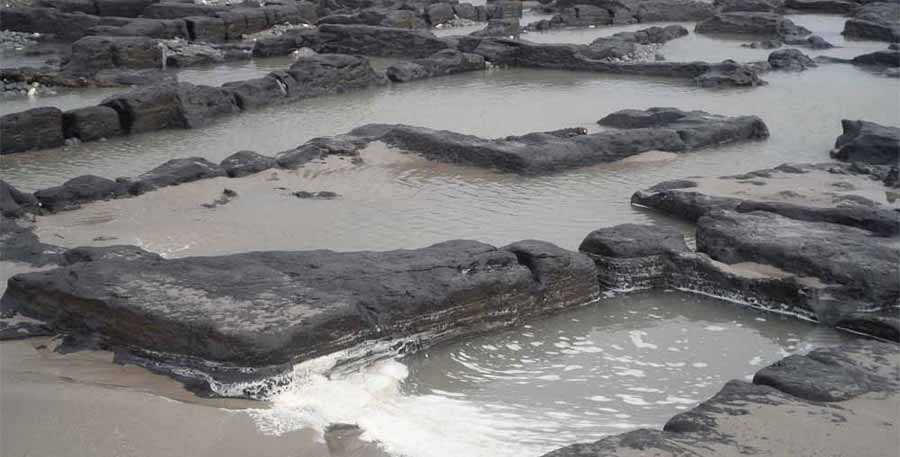 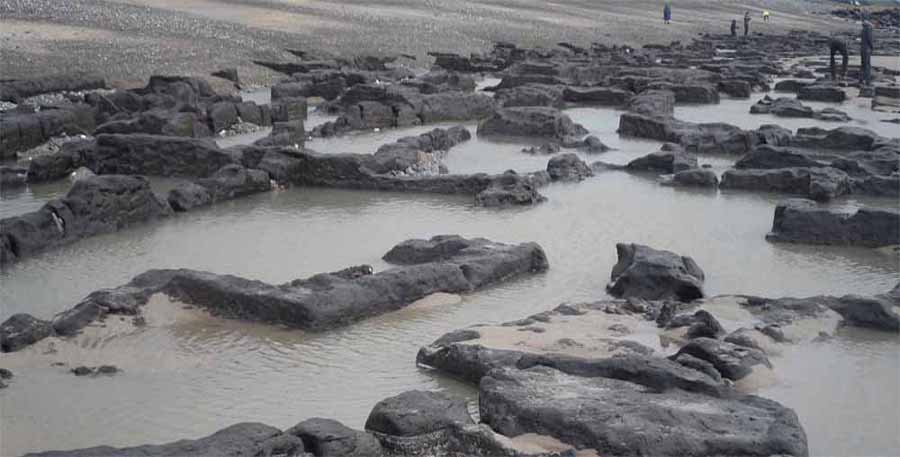 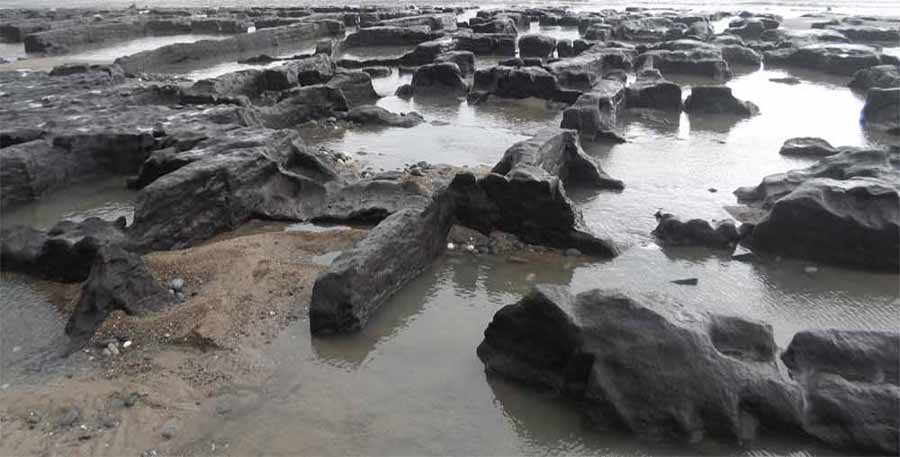 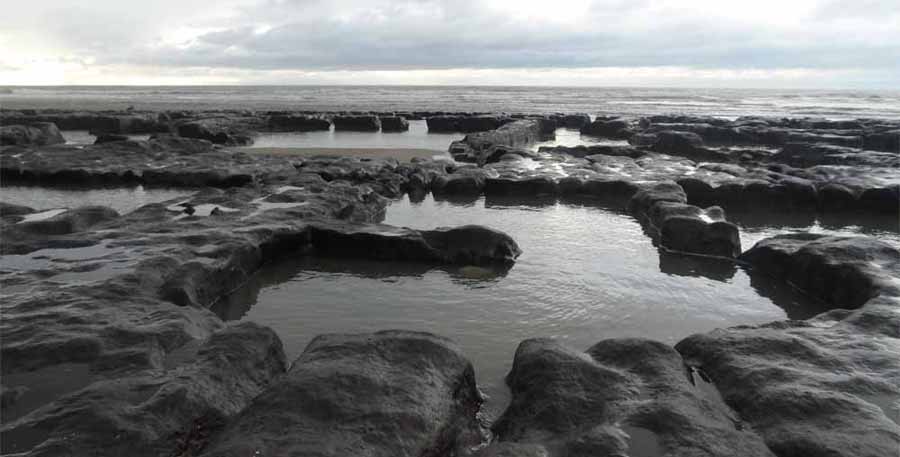 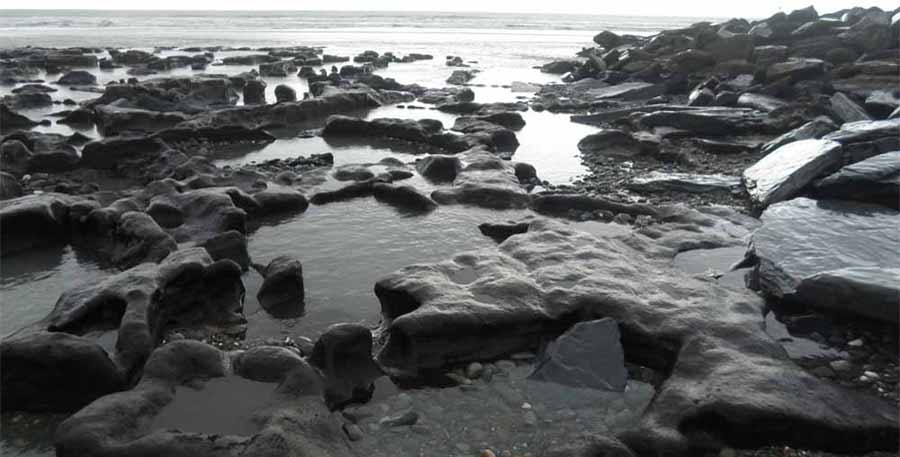 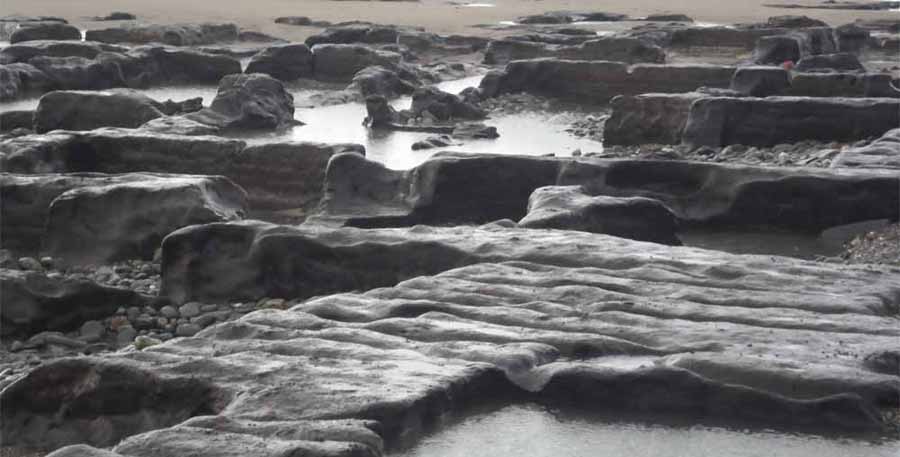 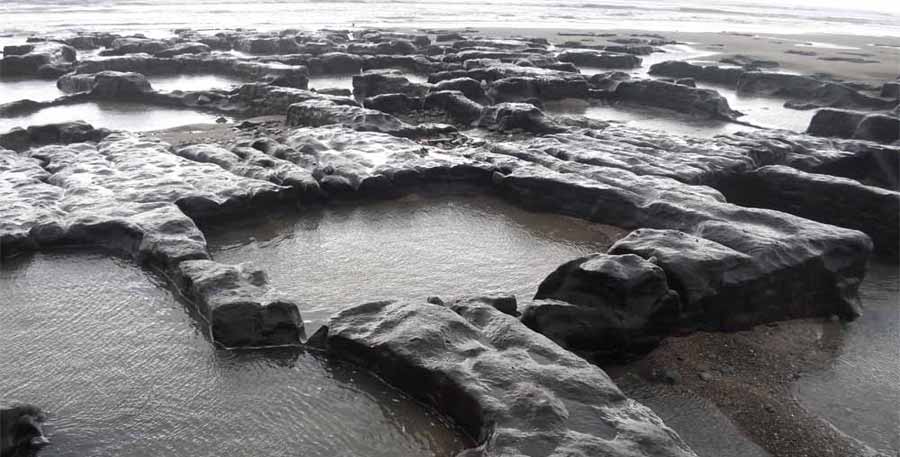 Update: Take a look at some more pictures from our recent visit in January 2015.

This submerged forest provides evidence that the coastline used to be further west and that the sea level has risen.  The tree stumps have been Radio Carbon dated to around 3500 BC but how far this forest extended is anybody’s guess.  Estimates range from 1.5- to 5-miles but until scientists can reveal the extent of the area claimed by the sea we will have to rely on legend.

The existence of this vast submerged forest is often held up as evidence for Cantre’r Gwaelod (the Bottom hundredth), a mythical lost land, ruled by Gwyddno Garanhir (Longshanks) born circa 520 AD.  Cantre’r is said to have extended from the current shoreline 20-miles west into what is now Cardigan Bay.  Legend has it that the land here was so fertile that an acre was worth four elsewhere, however, this fecundity depended upon a dyke to hold back the sea.  At low tide the sluice gates were opened to drain water from the land and then closed at night as the tide returned.  However, one terrible night (circa 600 AD), Cantre’r Gwaelod was lost to the sea as a result of one man’s jealousy and carelessness. Click here for more pics and to read more …