The Church of St. Cadfan is the oldest building in Tywyn with parts dating back to the 12th century although there are records indicating that a church settlement, or clas, was founded around 516 AD by Cadfan, a missionary from Brittany, centred around the nearby well.  Cadfan’s church became the mother church for all churches in the region with the monks at Tywyn establishing an ecclesiastical college (the street that runs alongside the church is still called College Green).

These early buildings were wooden structures and were repeatedly razed to the ground by Viking invaders and it was not until the 12th century that the first stone structure was built. Over the centuries much of the church has been rebuilt although the large rounded columns in the nave and the deeply set clerestory windows still survive from these times. 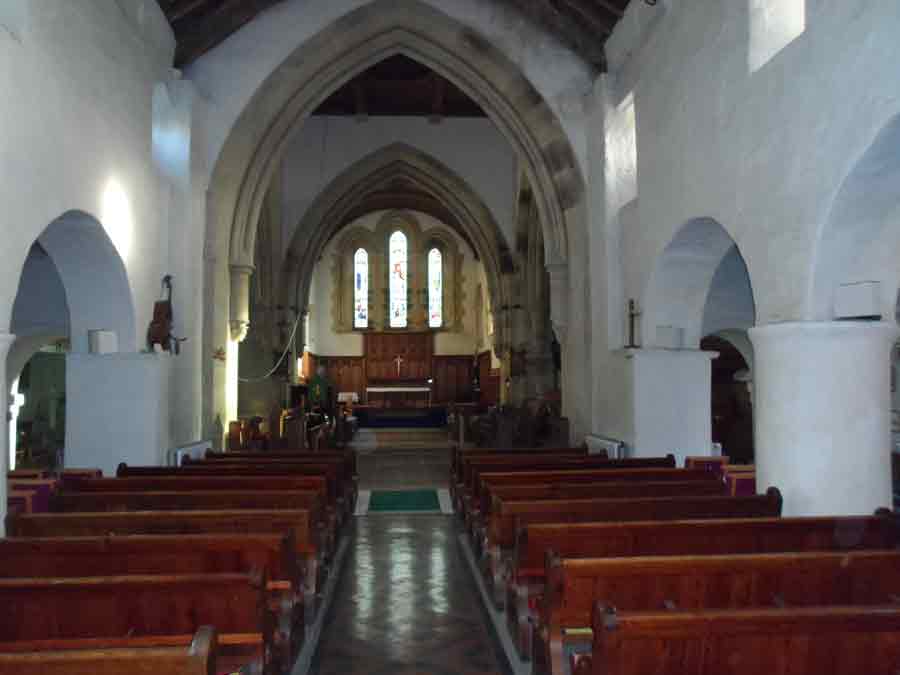 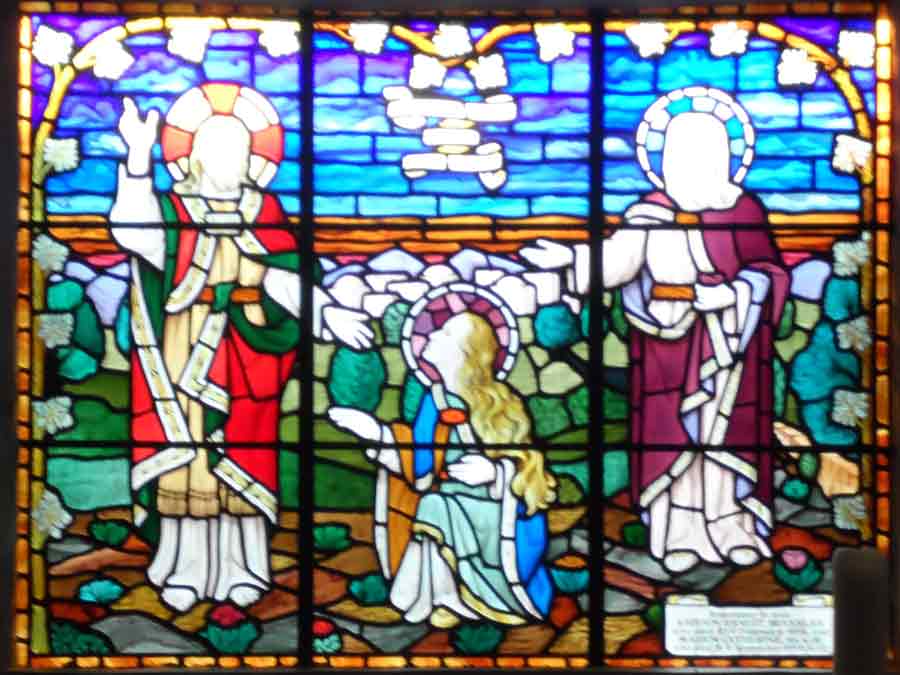 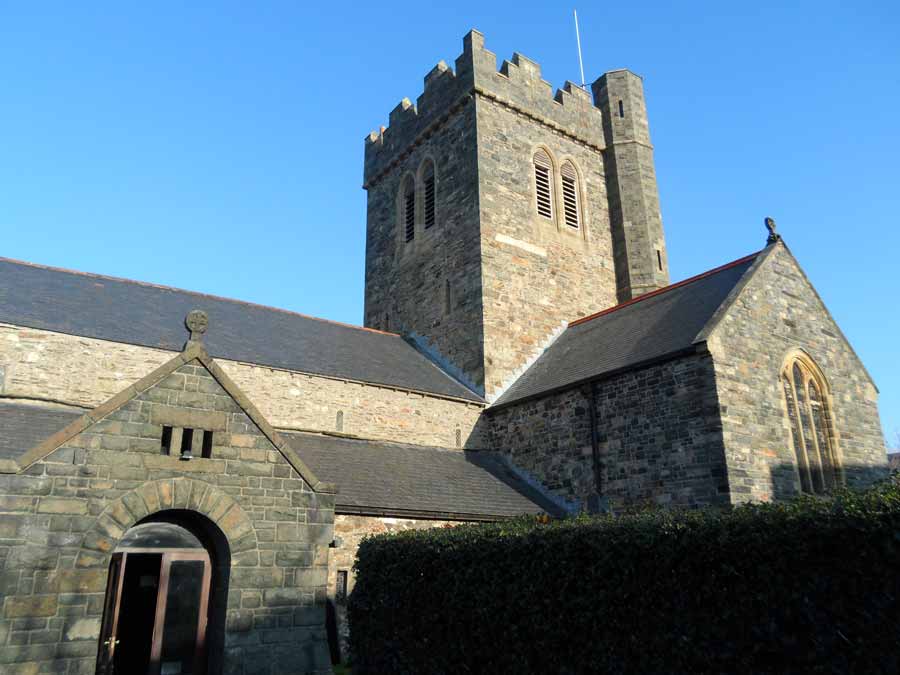 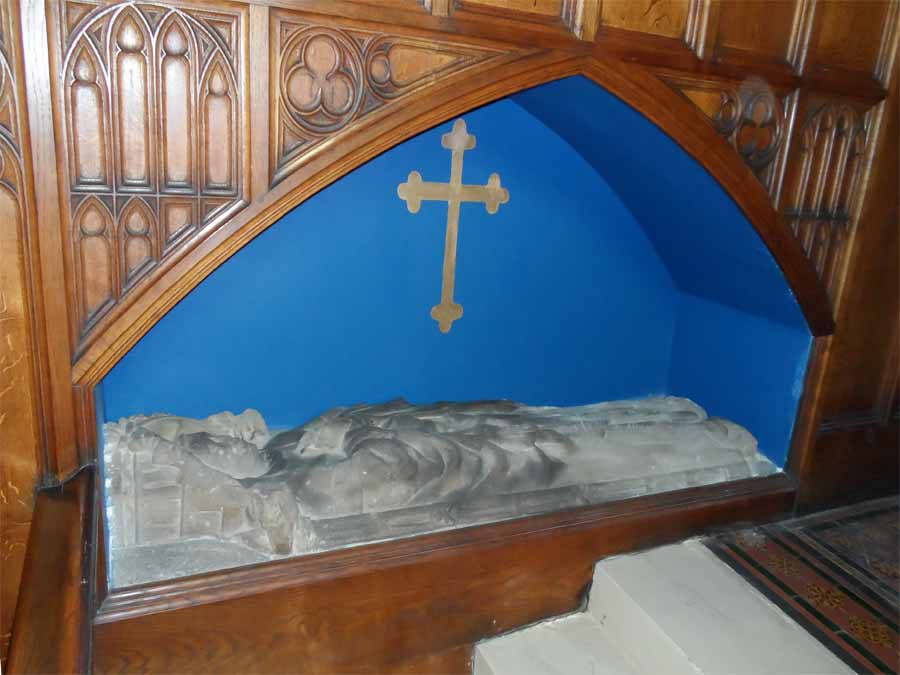 The church houses two 14th century effigies in the chancel. One effigy is that of an unknown priest in full eucharistic vestments. The other figure depicts an armoured knight, believed to be Gruffud ap Adda of Dol-goch, who died around 1330. This figure has been nicknamed the “Crying Knight” as it appears to weep when rain is on its way. In the grounds you will still find the well that drew Cadfan and his monks to settle here the waters of which are celebrated as a cure for “rheumatic, scrofulous, and cutaneous disorders”. 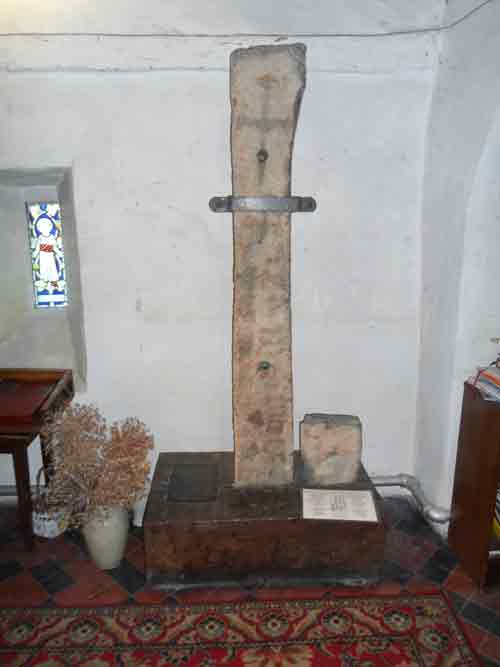 However, the church is most famous for St. Cadfan’s Stone. This monolith is one of the most important memorial stones to a saint in existence and has been dated to the 8th or 9th century. When this stone was discovered, in 1761, it was being used as a gatepost for a local pigsty before its importance was realised and preserved. The inscription on the stone is in archaic Welsh and records the earliest known example of the written Welsh language making it an artefact of immense national importance. The engravings are also significant because it leads you to the inference that leading families in the area were Welsh speaking and not, as was previously supposed, Latin speaking. St. Cadfan’s Stone stands in the north-west corner of the church directly opposite the entrance door. Other items of interest include a very simple Norman font which can be found to the left of the entrance.

To celebrate 1500 years of St. Cadfan’s Church in Tywyn there are a series of special events:

Family Service – The Coming of Cadfan

Guided Tour of the Church

One thought on “The Church of St. Cadfan”