At the end of the 13th century Edward I invaded Wales determined that the locals would submit to his divine right to rule. He achieved this with stone building a mighty ‘iron ring’ of fortresses with which he encircled the rebellious Welsh princes in their Snowdonian stronghold. This iron ring consisted of Harlech, in the south, and Caernarfon, Colwyn, and a little later, Beaumaris in the north and east.

A quick look at the map hints at why these castles were built where they were. Whilst Edward’s grasp of the Welsh interior was tenuous he had total mastery of the seas and could resupply his garrisons holed-up within their redoubts should they be subjected to a siege. However, Edward’s architects appear to have made a miscalculation in their sighting of Harlech Castle whose walls stand ½ mile from Cardigan Bay. 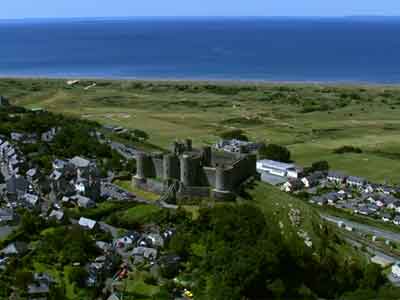 This is where you need a certain amount of imagination as back when the castle was built the sand dunes that occupy the fortresses western flank were covered by marsh land which flooded completely at high tide.

The map below made in 1610 by the cartographer John Speed shows just how far the sea has retreated in the last 800 years. 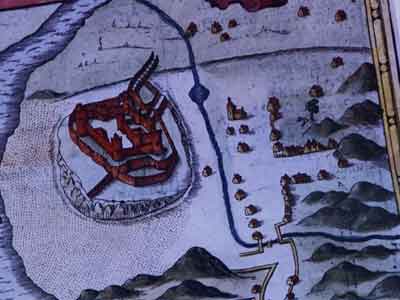 Given these facts the castle’s location begins to make sense. Guarded by the sea on one side and by steep slopes on two others there was only one way in: through a heavily fortified landward gate protected by four towers, two iron gates, arrow slits and murder holes. Harlech Castle represents a truly daunting prospect for any potential invader.

Harlech Castle in relation to the sea when it was built 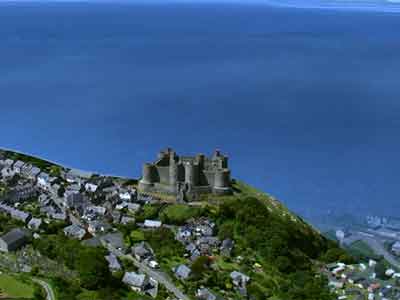 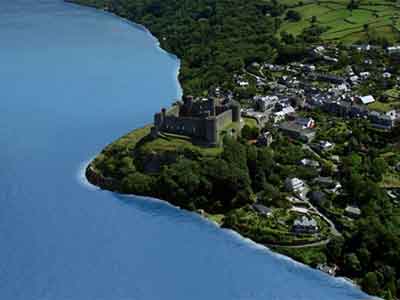 The castle has one more secret. Whilst Harlech’s grey stones look a little drab today things were very different in its heyday as Edward had the entire structure plastered with a white render of lime mortar which was topped off by lime wash. The downside was that to keep the castle bright and white the whole thing would have needed to be re-coated every year. Painting Trem Enlli every 3 years takes a lot of time and effort but imagine painting an entire castle. What would be the point?

Harlech Castle as it may have looked in its pomp 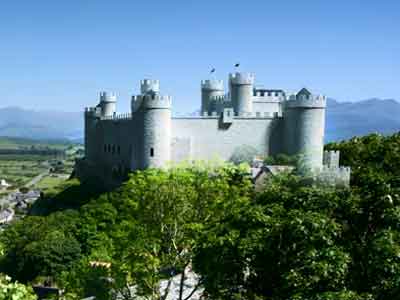 This castle was making a point and sending out a message. This fortress was no shrinking lily it was standing out. A British display of English power. A demonstration of English might, or to put it another way, the 13th century version of ‘shock and awe’. Not only a symbol of the conquest of Wales but also a provocation. 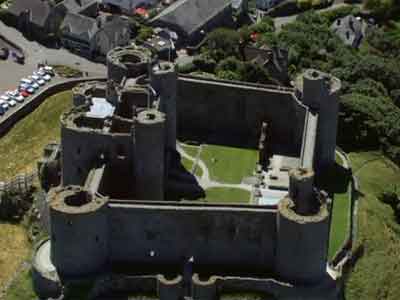 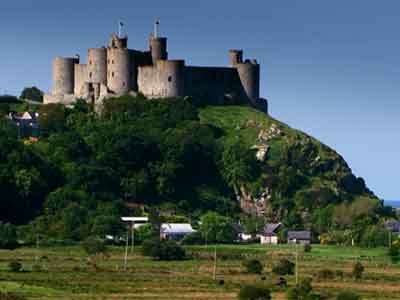 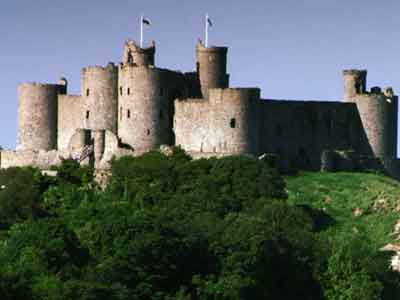 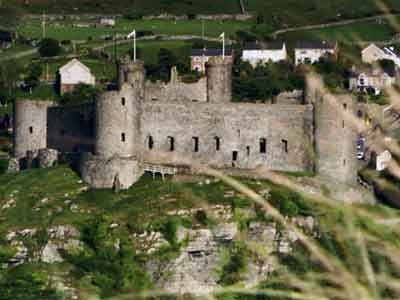 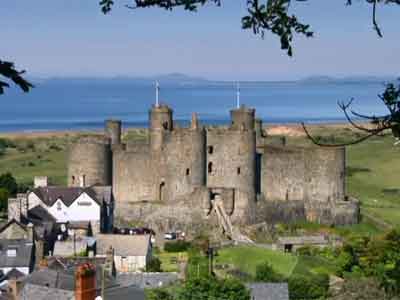 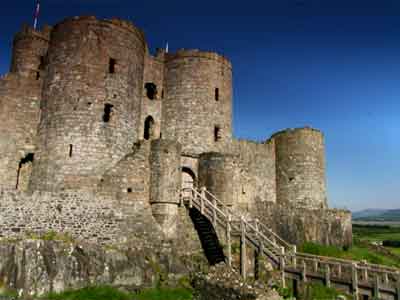 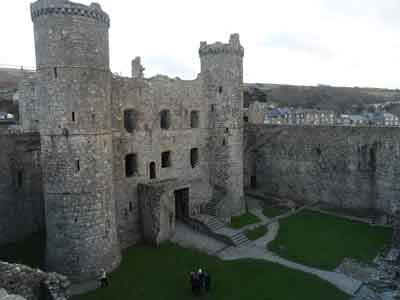 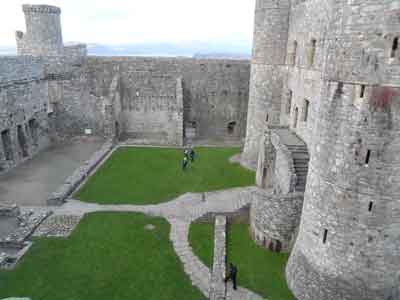 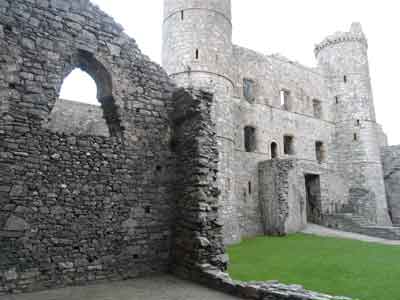 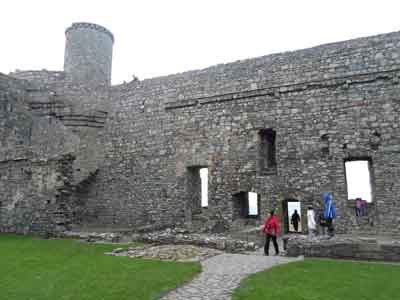 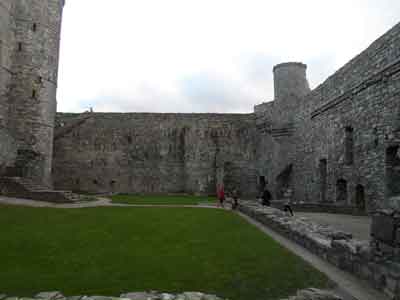 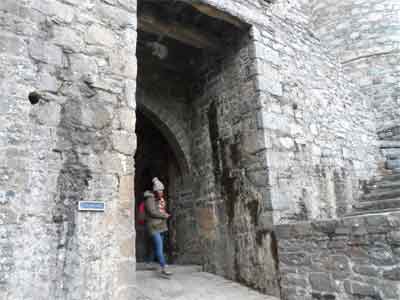 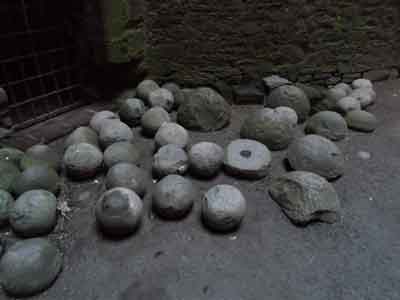 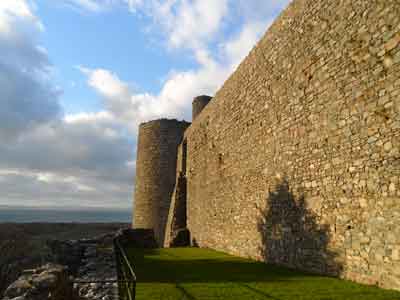 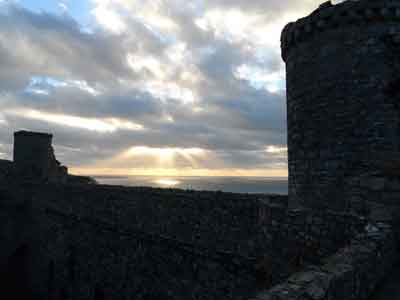 For more information on Harlech Castle visit our guide.