Dolwyddelan Castle, like Castell y Bere, is unusual in a land dominated by fortresses in that rather than built by the English, it was built by a Welsh prince, Llywelyn ap Iorweth (latterly known as Llywelyn the Great) between 1210 and 1240. Llywelyn dominated North Wales, and large parts of the rest of Wales, for a period of 40 years and declared himself the first Prince of Wales, a title formally recognised by Henry III in 1267 in the Treaty of Montgomery.

Dolwyddelan Castle can be seen from miles around and the central rectangular stone dominates the area controlling, in its day, a strategic pass between Conwy and Cricieth. A curtain wall was added later. 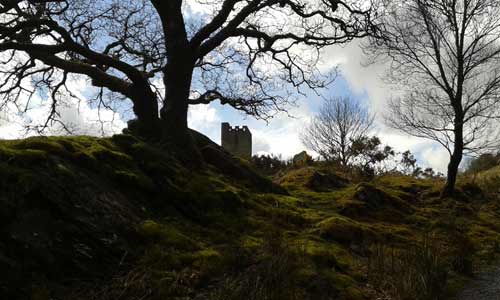 Built, originally, to exert Llywelyn’s authority over the local area it saw active service in the late 13th century wars between the Welsh and Edward I. It fell to the English King in January 1283 when a force of 5,400 soldiers besieged the castle. Edward immediately refortified it and built a second tower. Unfortunately, this second tower has not weathered the seasons as well as the original and now lies in ruin. The English maintained a garrison until 1290 when it was abandoned because of the difficulty of resupply. 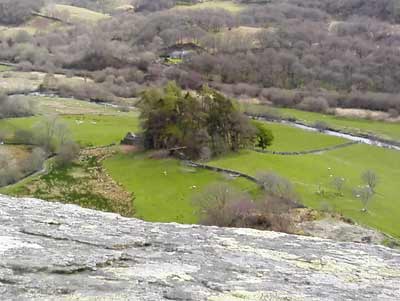 Dolwyddelan is renowned traditionally as the birthplace of Llywelyn but recent excavations of a tree-lined rocky knoll, clearly visible from the castle, probably lay a greater claim to this title. 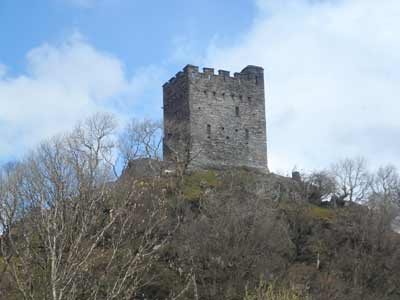 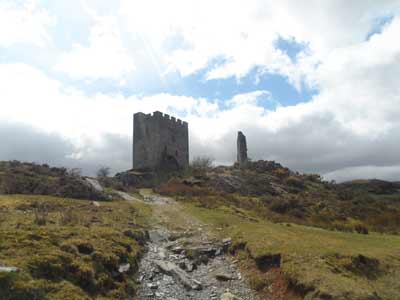 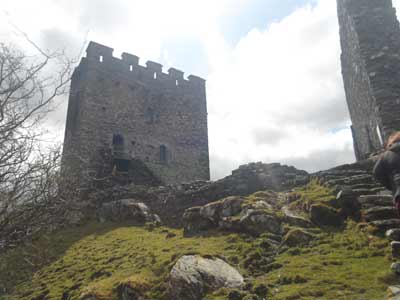 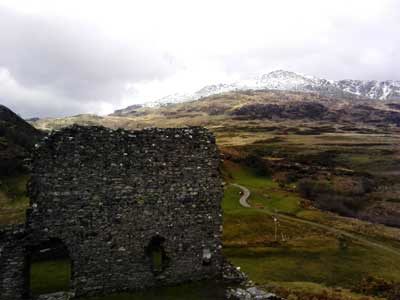 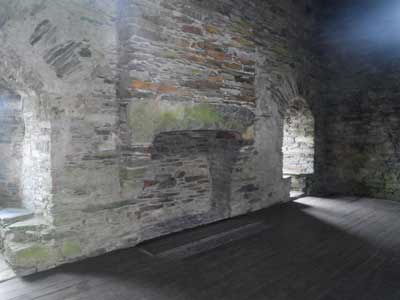 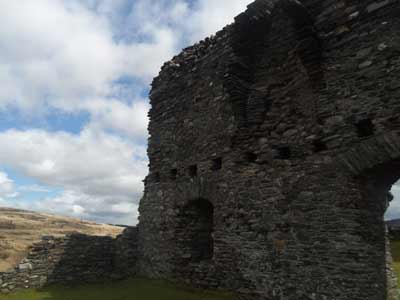 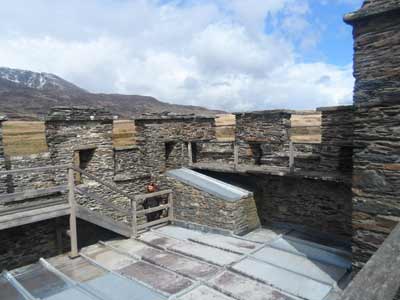 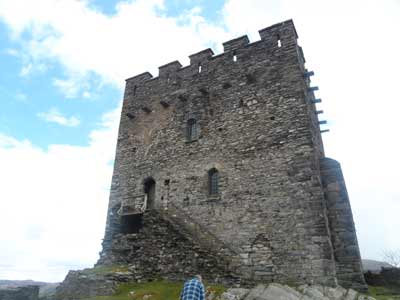 The forbidding fortification was used as the backdrop for all the outdoor shots of Ulrich’s castle during the making of the 1980 film Dragonslayer. Take a peek!

The castle also has interesting graffiti.

Dolwyddelan Castle is signposted off the A470 between Betws y Coed and Blaenau Ffestiniog. Keep an eye out for the tower as the postcode only gets you near.

There is a large car park which is approximately 500 metres from the castle itself. Exit the car park to the right of its entrance where you will find a notice board listing opening hours and charges. Please note that no dogs are allowed. Follow the path in front of a small fenced field usually occupied by sheep. Go through the gate on to a road which climbs slightly. Turn left and you should notice a toilet block in front of you. Turn right in front of the toilets and you will arrive at a farm house. Knock the door and pay your admission. If nobody answers, then you have just saved your entrance fee. The path to the castle lies behind the farm house.

Last admission half an hour before closing.

If you are planning on visiting many Cadw sites, then there are three and seven day explorer passes available which cuts down the cost.