Cymer Abbey is now a ruined Cistercian abbey near the village of Llanelltyd, just north of Dolgellau.  Founded in 1158-9 by Cistercian monks and dedicated to the Virgin Mary under the patronage of Maredudd ap Cynan ab Owain Gwynedd, Lord of Merioneth.

On the monk spectrum the Cistercians were definitely towards the pious end hardly ever eating or sleeping eschewing the material world believing in simplicity in all things.  Their lives revolved around the Liturgy of the Hours with a mass at midnight and then prayers every three hours around the clock.  This did not leave a lot of time for farming, fishing or hard labour – the traditional pastimes of the medieval monk.  To accommodate this schedule they would employ lay people to manage their farm holdings.

The monks farmed sheep on the local hills and were involved in mining and metallurgy as well as keeping a stud.  The religious brothers wore coarse, un-dyed woollen robes and became known as the white monks.

Cymer was never particularly successful and ranked as one of the smallest and poorest of the 75 Cistercian houses founded throughout England and Wales.  The lands around the Abbey are largely mountainous and not particularly suited to arable farming.  Whilst the Abbey lies on the banks of the River Mawddach it is believed the Abbey’s fishing rights were not extensive.   This lack of income is reflected in the structure of the Abbey itself as it lacks the usual Cistercian central tower.  However, many monks occupied Cymer in its heyday it was down to 5 by 1388 before it was eventually dissolved in 1537. 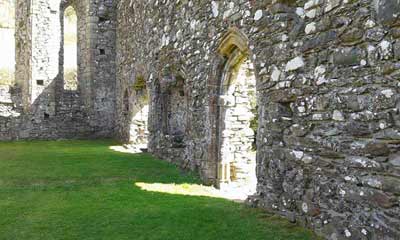 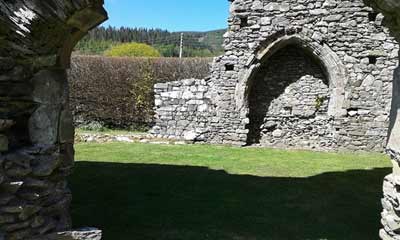 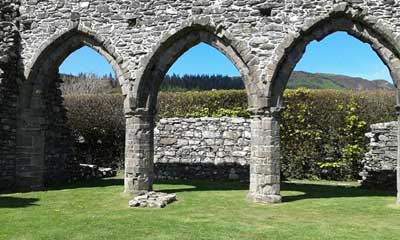 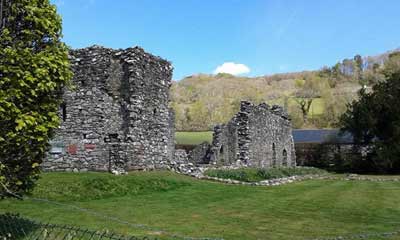 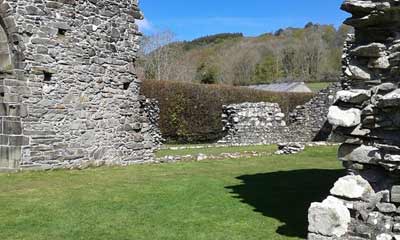 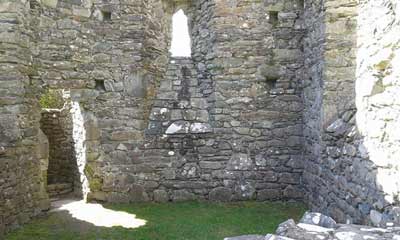 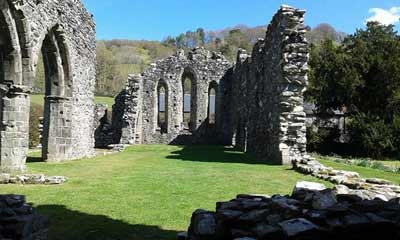 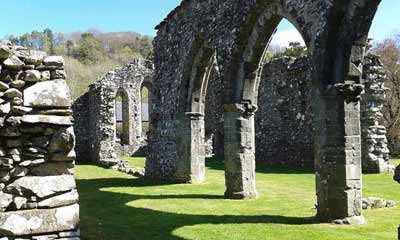 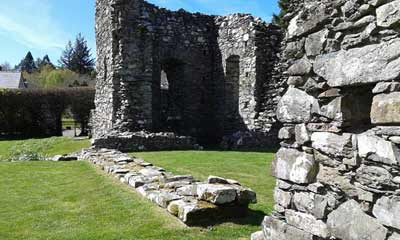 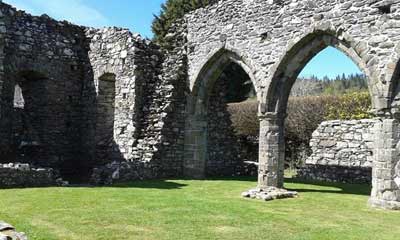 Last admission is 30-minutes before closing.

Postcode LL40 2HE.  The Abbey is off the A470, 1½ miles north of Dolgellau.  Follow Cymer Abbey signs to the site.

Keep travelling along the track turning right when you come to the farm house.  There are three or four designated parking spots near the wall of the farm house opposite the Abbey.